You can edit its vocabulary or record words using your system microphone. The program can run as a screensaver or standalone app.

Digital Talking Parrot produces some very realistic parrot-like sounds, including everyday chattering as well as basic words. We clicked Vocabulary under the program's settings, which opened a small dialog that looks like a cross between a help file and a media player. A tree view let us select Parrot's Own Words, Parrot Remembered, or Record, with the ability to make recordings via the player controls, though naturally you'll need a microphone, too. The Speech settings' sliders let us adjust Pitch level, Vibrate period, and Vibrate level to produce a wide range of parrot voices. We don't doubt pet owners could use the controls to produce a pretty fair job simulating the actual voices of their fine feathered friends, too. We could also change the program's background scene from an interior room view to several natural options. We don't need to mention the humorous possibilities of being able to "train" Digital Talking Parrot to say whatever you want it to, do we? We didn't think so! 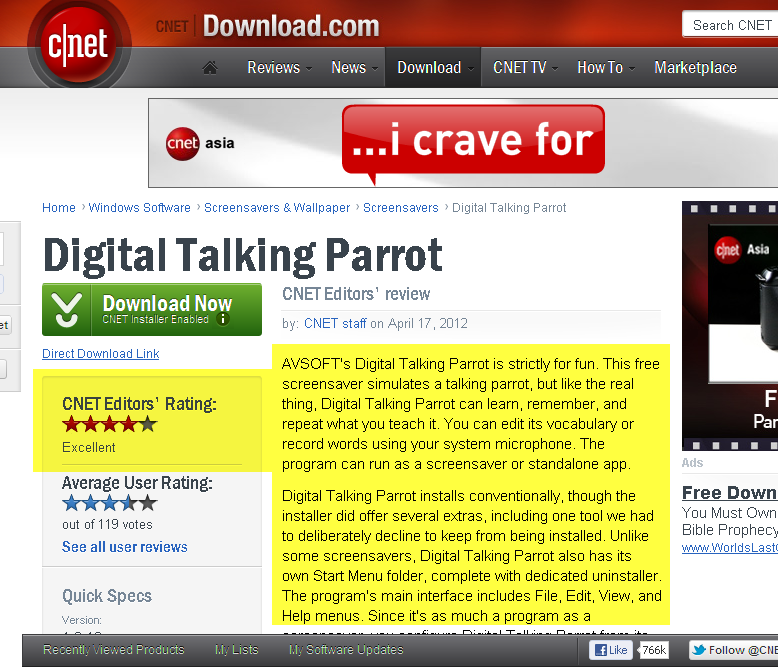